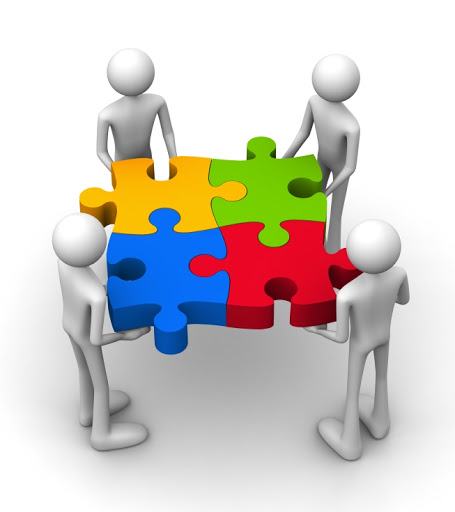 Three hundred Business students, faculty and staff wore all black and posed for a photo in the Ross School of Business Winter Garden lobby on Monday in response to several recent shootings of Black men by police nationwide.

The demonstration, which was organized by the Black Business Students Association in partnership with the Ross Student Government Association, aimed to start a conversation among students of the Business School and the greater University of Michigan community about supporting students of color in the months to come. It focused on several recent incidents, including the deaths of Terence Crutcher of Oklahoma and Keith Scott of North Carolina.

Marissa Smith, second-year Business student and president of BBSA, said she saw this event as the start of the conversation, not the end of it.

"This demonstration is not going to do anything to solve systemic racism, but we see this as a step one. We want to raise awareness within the Ross community of the magnitude of this issue and gather allies to make them feel empowered," she said.

Smith said the BBSA chose to do a "Black Out" demonstration, instead of holding a protest or march, to add to a already long list of schools across the country displaying their support in a similar manner.

"We primarily decided to do a 'Black Out' to show solidarity with other business schools across the country" Smith said. "Ross was actually the first school to do this. We did this in 2014 and unfortunately, we're still having similar issues so we wanted to bring it back and show how united the Ross community can be two years later."

Terence Crutcher, 40, was stunned with a Taser first by Tulsa police officer Tyler Turnbough and then fatally shot by Officer Betty Shelby on Sept. 16. In a video released by the Tulsa Police Department, four police officers run up to Crutcher, who is walking toward his car with his hands up. After the altercation, the department reported that Crutcher was unarmed. According to Shelby's lawyer, Shelby suspected Crutcher of having a weapon and acting erratically.

In the same week, Keith Scott of Charlotte, N.C. was shot exiting his car and backing away from it. Charlotte police claimed Scott was in possession of a handgun and marijuana. According to the Washington Post, the body camera was not activated until after Scott had been shot, which is a violation of the department's policy.

The killings of Crutcher and Scott have sparked a series protests in their respective cities and across the country, including at the University. Students protested the shootings in front of the Michigan Union Saturday with signs saying "Not One More" and "Say Their Names."

Business senior Holly Price, who is white, participated in the photo as an ally because she wanted to show her fellow classmates that there is a large support group at the Business School.

"I think the demonstration helps the students of color understand who some of their stronger supporters are so that they know who they can turn to for support," Price said. "It will continue to raise awareness and help spark conversations so that maybe change can be affected long-term by people having some of these tough conversations sooner rather than later."

Marketing Prof. David Wooten, the school's director for Diversity and Inclusion, attended the event and said he was pleased to see people of all ethnicities in attendance.

"We are concerned about making a difference, in addition to making a dollar, over here in Ross," said Wooten. "To me, there was a pretty strong show of solidarity. We had quite a bit of diversity in terms of students from different schools, colleges and different ethnic groups."

Along with black outfits, participants in the photo wore white nametags with the phrase "#Ross4Change" on them. Jerry Won, a Business graduate student and president of SGA, said he believes the hashtag is more than just a Twitter convention.

"Our hashtag '#Ross4Change' embodies that spirit of 'We're doing this to make a positive change,' " Won said. "That can be interpreted in a number of different ways but ultimately, we want people to feel safe. We want there not to be tragedies like this going forward."

Many Business administrators and faculty also attended the event alongside students. Business School Dean Scott DeRue, who was in attendance, said he wanted to support both the movement and the students behind it.

"This was largely a student-run, student-planned event and they brought it to our attention and as leaders of this school, we wanted to show our support for their event," Wooten said.

Business junior Justin Chan, a demonstration participant, said he saw the event as a display of unity in times of struggle.

"It kind of showed how the Ross community can come together at times when very controversial issues such as race and ethnicity are dividing the country especially in an election year," Chan said. "I think it kind of showed how diverse Michigan is, as well as Ross."

In the coming months, BBSA plans to host several events where diverse groups can engage in constructive dialogue about recent events and how the community can support one another.

"We want to make it very welcoming, non-confrontational, just to help teach people about some of the issues at hand," said Smith.